In Secret Life, Professor David M. Jacobs of Temple University takes us into the private world of those abducted by aliens, letting them describe in their own words what it is like to be abducted. Based on interviews with sixty individuals and more than 300 independently corroborated accounts, Secret Life presents the most complete and accurate picture of alien abductions ever compiled. Dr. Jacobs takes the reader on a minute-by-minute journey through a typical abduction experience and describes in detail the bizarre physical, mental and reproductive procedures that abductees claim have been administered by small alien beings. Jacobs draws from these interviews a profoundly unsettling reason behind the abductions: aliens are conducting a complex reproductive experiment involving the conception, gestation. or incubation of human and alien hybrid beings. 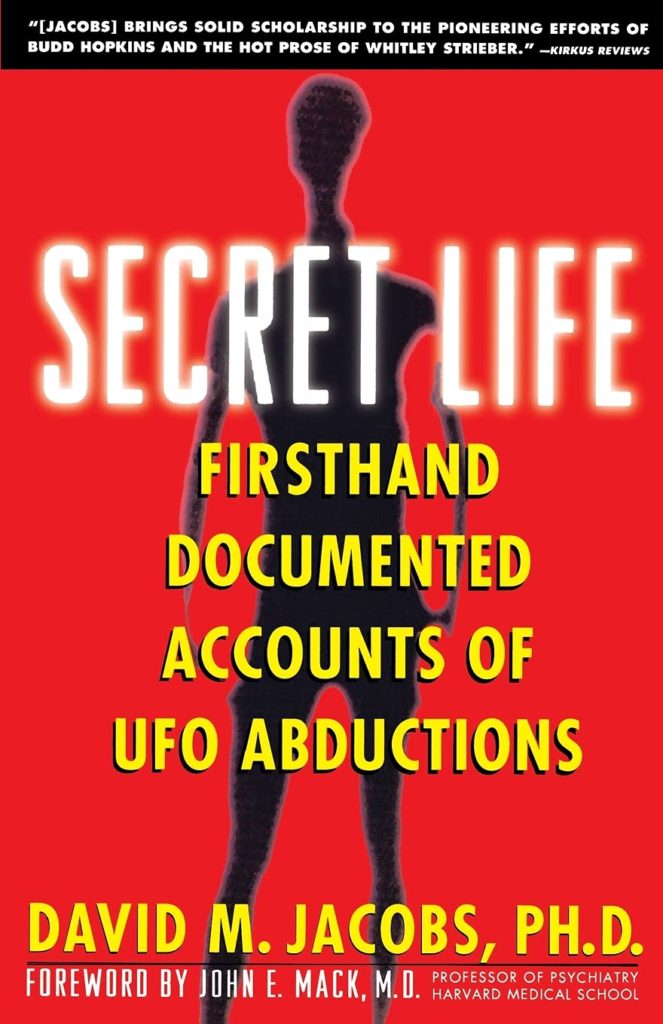 First published in 1998, The Threat contains the first comprehensive evidence-driven hypothesis about the meaning and goals of the UFO and abduction phenomenon. No other hypothesis has included all of the evidence as we have learned it since the mid-20th century.  The book is the second of Jacobs's trilogy, and a logical extension of Secret Life. It answers many of the "why" questions that have puzzled UFO researchers for decades.

Based on more than 700 hypnotic-regression interviews with alien abductees and a Roper survey of 6,000 adults, The Threat reveals why the aliens are here and what they want, explains why their agenda has been kept secret, and exposes their frightening plans for earth and its inhabitants. In a direct, authoritative challenge to researchers who believe the abduction phenomenon is essentially benevolent and spiritually uplifting, Professor Jacobs proves that there is a far more disturbing and potentially dangerous plan underway, with possible alien domination at its core.

In this remarkably well-researched and well-written book, Professor Jacobs has added a new complexity and depth to our knowledge of the UFO and abduction phenomena. 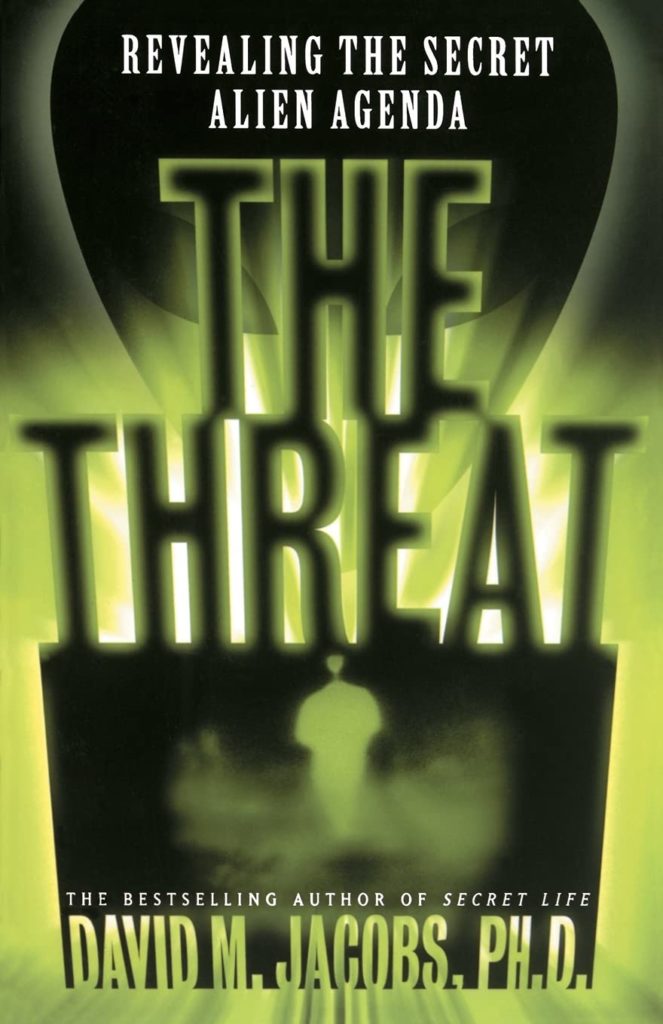 In his 1998 book, The Threat, Jacobs uncovered disconcerting reports about aliens' plans for the future of Earth. He reported that a "change" is coming; a future when very human-like hybrids would intermingle with humans in everyday life. "Soon we will all be together," the aliens said. "Soon everyone will be happy and everyone will know his place."

This book examines a disturbing phenomenon that Jacobs began noticing in 2003. The alien integration action plan has kicked into high gear. The incidents of alien abductions have accelerated as have occurrences of alien involvement in everyday human life. A silent and insidious invasion has begun. Alien hybrids have moved into your neighborhood and into your workplace. They have been trained by human abductees to "pass," to blend in to society, to appear as normal as your next door neighbor.

This book illustrates in detail the process of alien integration into society and the strategy and support structure that has been developed to make this happen seamlessly. While he is not certain why they are doing it, the final chapter of the book will provide some chilling possible answers as to why they are here and what they want to accomplish.

Jacobs is a careful researcher who has investigated more than 1150 abduction events experienced by more than 150 abductees. This book focuses on the experiences of thirteen abductees. 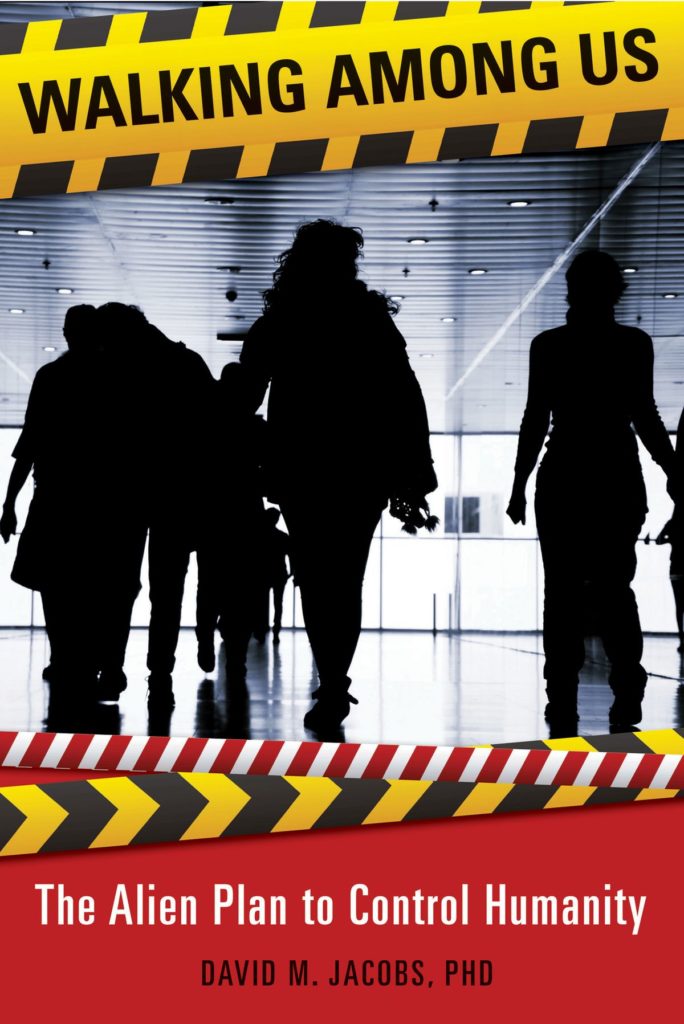 The subject of this breakthrough book is controversial, but its message is simple: the study of UFOs merits the serious attention of the intellectual establishment. Advocating credibility for this much-maligned field of research, historian David Jacobs and his coauthors highlight some of the key events, issues, themes, and theories surrounding this elusive, complex, and compelling subject.

Whether interplanetary tourists, interlopers from a parallel universe, or mere misfirings in the brain, UFOs and "aliens" permeate popular culture. They've made the covers of Time, Life, and the New York Times Book Review; garnered CNN coverage; turned up on Larry King Live and other high-profile talk shows; attracted large audiences for films and television series; and swamped the Internet with thousands of websites and discussion groups.

Despite this pervasive presence, few scholars have been willing to study the perplexing phenomena behind these cultural signifiers. Wary of a field that seems tainted by suspect methods and outlandish theories, many have logically stayed away.

The relative lack of academic participation, however, creates a vicious circle that prevents the development of standards that would attract greater academic participation and, thus, credibility and funding for the field. Meanwhile, the phenomenon, rather than fading from public awareness, continues to grow and evolve.

In response, this volume provides a kind of primer for scholars, skeptics, and others uneasy about investigating this field. Its authors examine the nature of UFO "evidence"; discuss the methodological debates; incorporate research from science, history, mythology, and psychology; and highlight the reactions of the government and military from the Cold War to the present. It also brings together for the first time in one book three bestselling authors—Jacobs, Budd Hopkins, and Pulitzer Prize winner John Mack—widely known for their writings on the highly controversial "alien abduction" phenomenon. 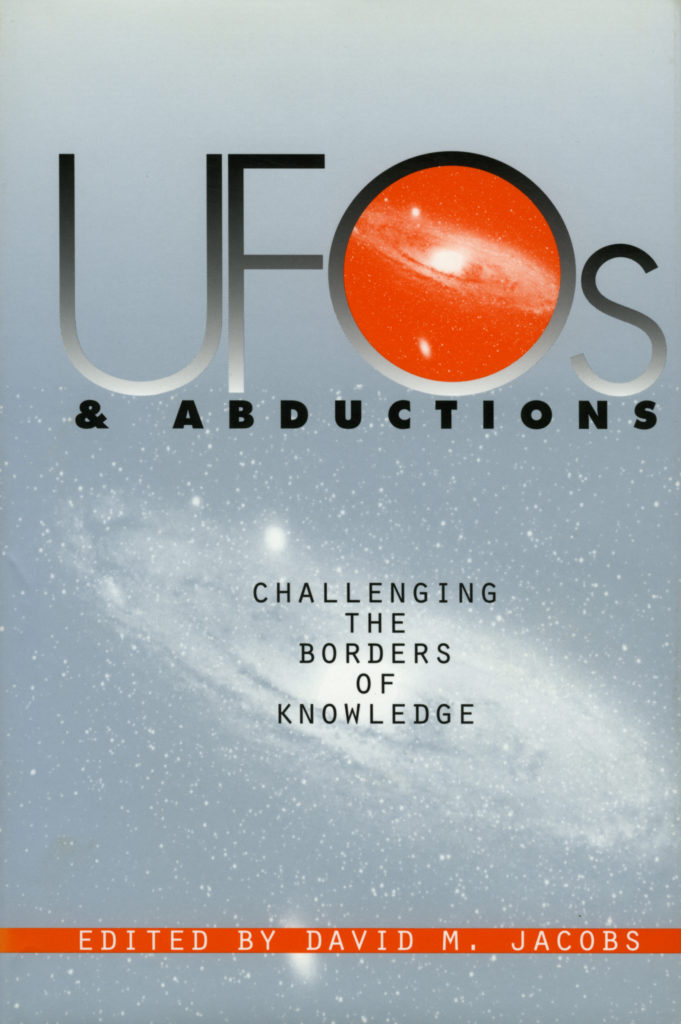